This is not a blog about how glamorous living in a van can be, although it has its moments. To us, van life is a means to an end — it’s the key to living the life we want to, not a Pinterest project money suck. In an internet world full of hipster (and disturbingly expensive) van builds, hopefully our van life philosophy will resonate with some of you.

We bought the cheapest cargo van we could find on Craigslist, a $1400 former AT&T fleet vehicle with substantial rust from too many Ohio winters. We patched the smaller holes with duct tape and caulking and stuck wine corks in the bigger ones. It isn’t insulated. It isn’t even watertight. There’s no AC, no cruise control and definitely no snazzy wood paneling. This is no-frills van life. 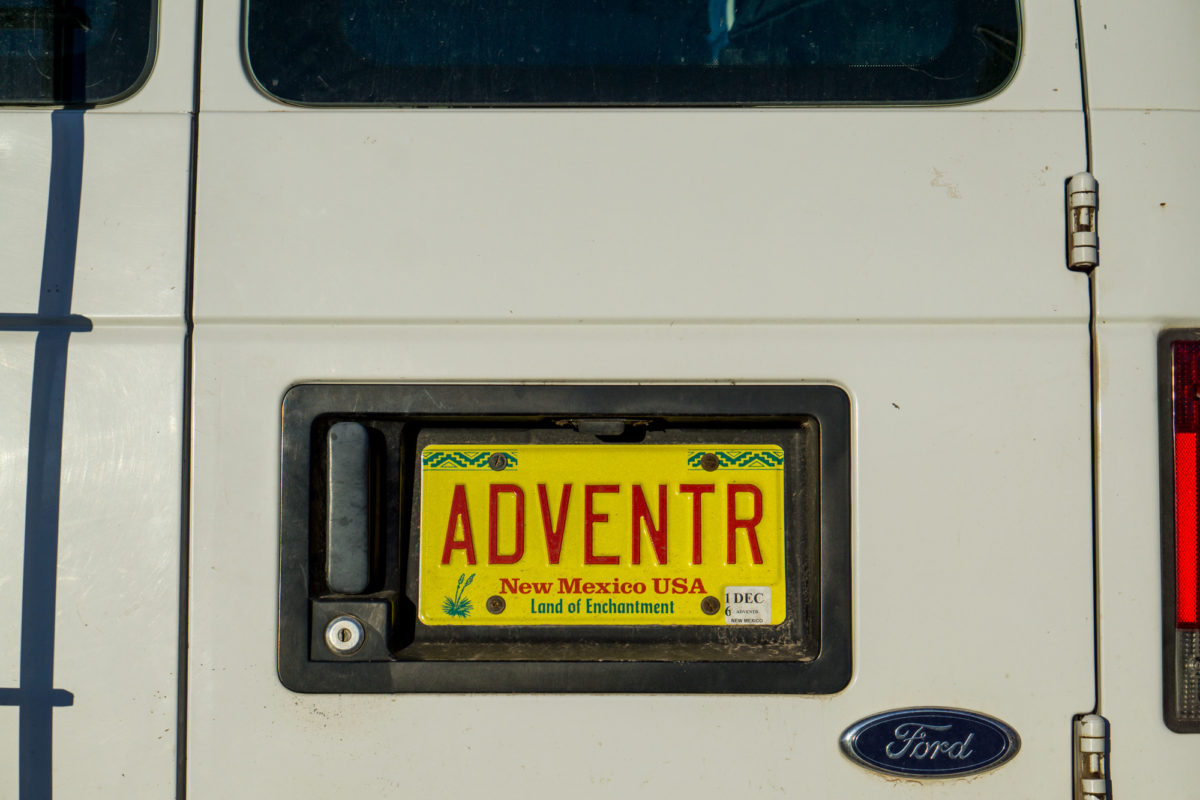 We named our new van “Great White the Adventr Van,” built a few shelves out of scrap wood, mounted a car top tent on the top and called it a day. Our rule of thumb was “no mods that we can’t remove and stick on another van when this one dies.” (You can read more about our build here or watch a van tour video here).

Despite a total living space of 100 square feet, including the rooftop tent, Great White feels quite spacious. Early in our relationship we traveled for extended periods in much smaller vehicles. Our first extended travel experience was in early 2012 when we flew to Santiago, Chile, rented a Chevy Spark, “Sparky,” and drove 8,000 miles all the way to Punta Arenas, on the southern tip of the continent, and back. We lived out of that tiny car (along with our two bikes and all our gear) for close to two months, camping every night and cooking all our food over a wood fire (because we couldn’t afford a camp stove).

The point is — we don’t live in a van because our end goal in life is to live in a van. We live in a van because it’s bigger than a Chevy Aveo and cheaper than a house. So this isn’t really a blog about minimalism either — after all, part of the reason we purchased Great White was so that we could bring more toys than the Rockmelon would accomodate – we’ve since added dirt bikes, a slackline and a tumbling mat to our roster. 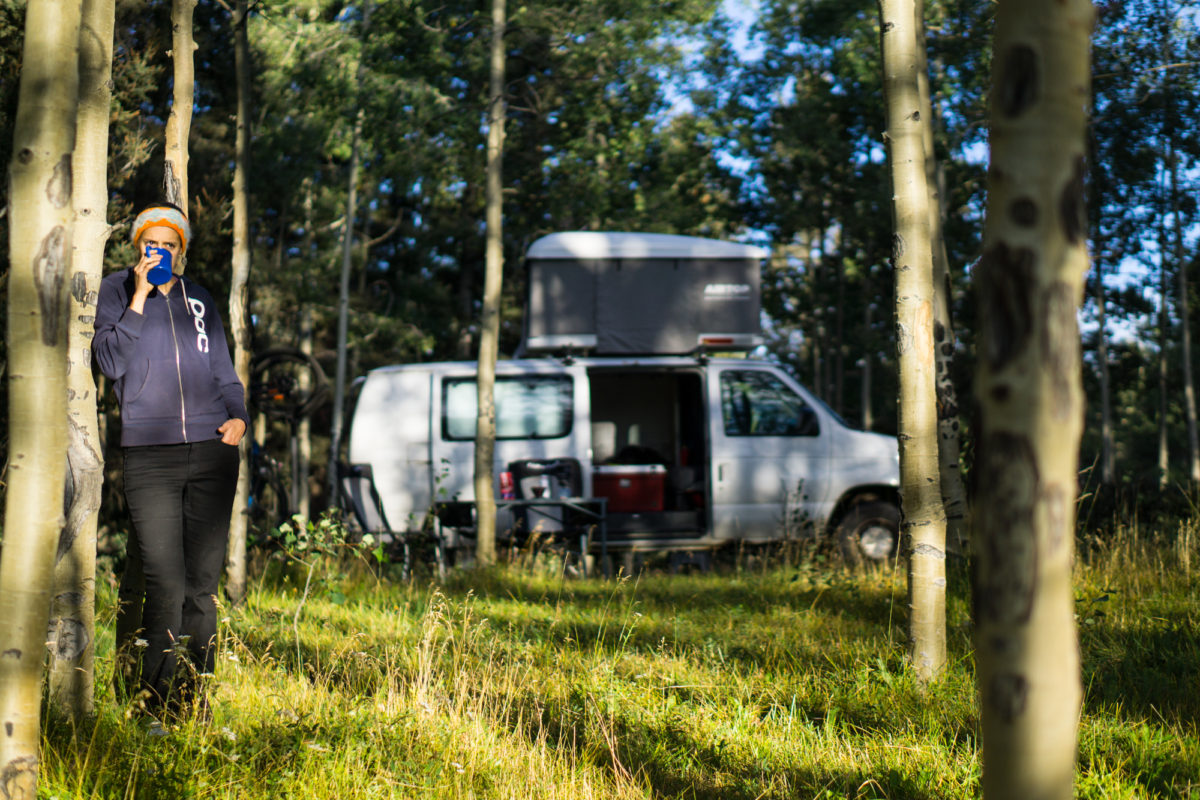 Do we envision living in a van forever? Not hardly, although after four years of car and van life, we’re unlikely to ever lust after a 10,000 square foot house. But by living in a van, we have saved thousands of dollars, paid off our student loans, launched our careers as professional athletes and taken extended trips abroad, all of which would have been impossible if we were paying expenses on a house. Living in a van has been key to keeping our expenses low enough that we have the ability and the opportunity to pursue our dream lives.

That’s what this blog is about. 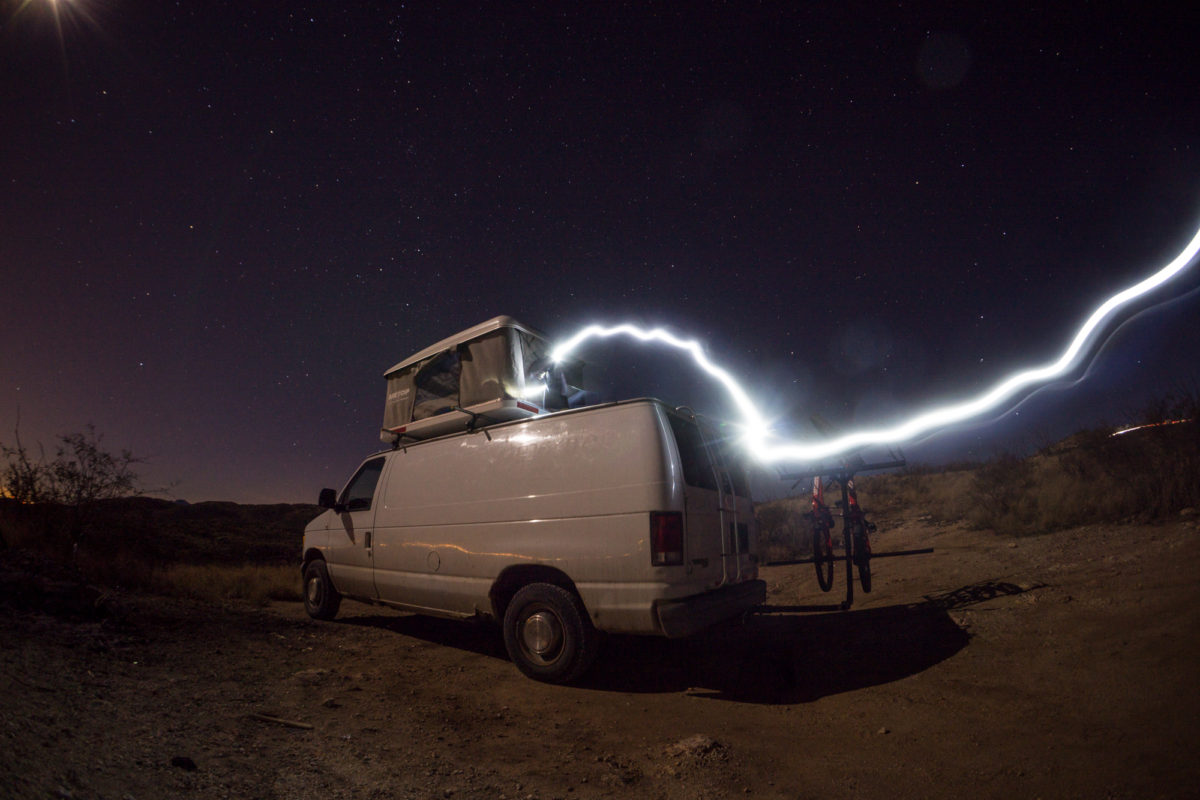